Why We Chose Halliford School 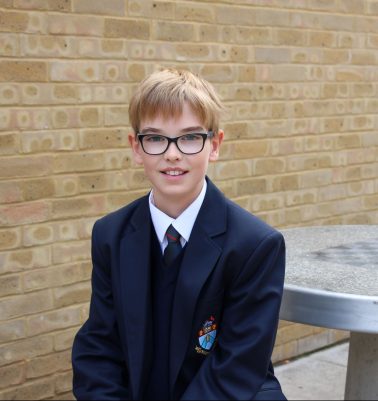 “I joined Halliford this September into Year 7 from Hampton Prep School. Even though I have only been at the school for a short while, I have been made to feel very comfortable, both by the teachers and my new classmates. In fact, I really enjoy coming to school each morning.

Mr Davies did my interview, and unlike other schools, he really took the time to get to know me. He made me feel really relaxed. I can tell you, in the end, I actually enjoyed the interview. Then, when I received a personal offer letter from Mr Davies, I felt so proud – it was amazing!

Since starting, the teachers have been very supportive and encouraging of us all. I was worried about finding my way around the school, but it is really easy as it’s quite a small school and well laid out. It has helped me to become more independent very quickly.” – Richard, Year 8

“We chose Halliford School for a number of reasons but principally because of Mr Davies. We believe the Head is critical to the direction, culture and ethos of any school. He was the most impressive Head we met out of all the schools we visited during the admissions process. He was the only Head who took the time to interview all the applicants. He was refreshingly honest; he made the point that whilst Halliford strives for academic excellence, it is academically sensitive to all boys needs. We liked the fact that he wasn’t just concerned with academic results but more importantly, making the boys the very best version of themselves that they can be. The school felt very nurturing each time we visited and together with its relatively small size, we felt this would suit Richard perfectly. He would get noticed and wouldn’t be just another number.

The assessment day was handled with a great deal of attention and care to alleviate any wobbles. The boys were all made to feel very welcome and relaxed on arrival. They were divided up into small groups where they sat the various tests in informal classroom settings. Richard’s morning was split between the tests and the 45 minute interview which formed a large part of the admissions process. Mr Davies spent a lot of time getting to know Richard very well. The highlight of Richard’s morning was being taken to the Lunch Hall where he was able to choose a number of tasty treats! He had a sausage roll, a doughnut and a flapjack!! 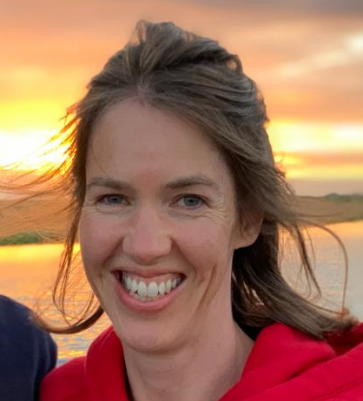 Despite spending a lot of time meeting the various Heads at the schools which Richard applied for, we believe this did not help with the selection process. We felt it all came down to how well your child performed in the exams on the day and nothing else. Halliford was the only school that was truly interested in the individual; his character, his hobbies, his academic strengths and weaknesses.

We would definitely recommend prospective parents booking a one to one with the Headmaster as well as attending more than one Open Day, Covid permitting. If restrictions are still in place, then make sure you sign up for a virtual tour and virtual Information Morning/Evening. These will give you a very accurate feel of the school. Always trust your heart. If it feels right, it will be right. It has to be right for your son and not for any other reason.

Richard has loved his first term! He has taken it in his stride and made lasting friends. It hasn’t been overwhelming as workloads and homework have been built up gradually. Despite being quietly confident, Richard has been given the opportunity to speak at the virtual Open Mornings and Evenings which has been fantastic for his confidence. Consequently, he has mixed with boys in other years which he wouldn’t have done otherwise. Richard is now very keen to get playing lots of sports fixtures with other schools, once these are reinstated.

We would definitely recommend Halliford. It will bring out the very best in your son. He will be noticed, given special guidance and attention, gently encouraged to pursue his interests and shaped into being the very best that he can be.” – Mrs Baker, Year 8 parent 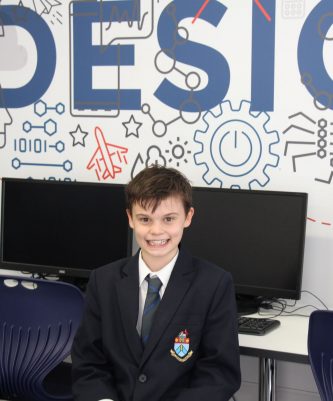 “I joined Halliford School from Hampton Junior School this September, and I am loving my time here in Year 7. When I had my interview in December last year, the pressure was on as my Dad was a student at Halliford but a long time ago! The school had changed a lot he told me, but the friendly feel was still exactly the same.

The teachers and form tutors never fail to make us laugh, and give us lots of opportunities to share our knowledge with the rest of the class. Coming from a class of 30 at Junior School, my classes have practically halved, which is so good. There’s one thing I definitely have to tell you about, and that’s the food. I came with packed lunches for the first two days but looking at my friends all having amazing food I decided to give it a go. Needless to say, it’s farewell to my lunch box and hello to Halliford lunches – I can’t tell you how amazing they are!” – Charlie, Year 8

“My son Charlie who started year 7 in September, has taken part in the virtual open events. Whilst watching these, I was able to see what a wonderful job the school has done in these current times showing prospective families what Halliford has to offer, which just reaffirms why we chose this school.

The admissions process was very pupil friendly, to have the interview first was such a positive as it took some of the pressure off the exam day knowing they had already spoken to the Head, Mr Davies. Charlie has settled in extremely well and looks forward to going to school. He talks about his day with excitement and is getting the challenges and opportunities he needed.

Halliford really champions their pupils to do their best and celebrates them. One of the best things about Halliford is that it’s not as big as other secondary schools and because of that Charlie has managed to get to know all of his year group and has already made some good friends. The staff are really approachable, for both the pupils and the parents which was really important to us, especially in these current times when the majority of communication is email and phone, and it’s always welcomed and swiftly responded too. We highly recommend Halliford School.

If it becomes possible for you to visit the school in person than do take the opportunity, but please don’t worry that you may feel you’ve missed out from not being able to do so, they really have done the best job in matching their ‘in-person events’. The friendly, warm and welcoming atmosphere is what makes Halliford School stand out.” – Mrs Grant, Year 8 Parent 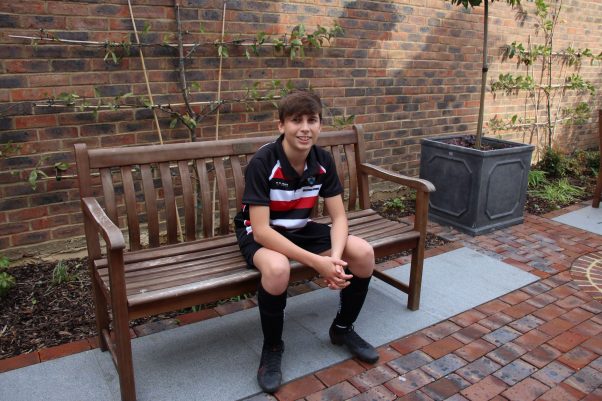 “I joined Halliford School into Year 9 this September from Parkside School. I was a bit worried that most of the year group would already have their friendship groups, but it’s really not been a problem as everyone is very welcoming and makes you feel at home. I’d go so far as to say that Halliford makes you instantaneously welcome. I came with lots of worries about fitting in, but I was so wrong.

I feel we have much more independence here at Senior School, and I’m learning to stand on my own two feet and explore all the new opportunities. As I looked around different schools, I found so many of them were huge and perhaps a bit intimidating. I just assumed this was what senior schools were like until I came to Halliford and realised that there were small senior schools where I could still know everyone but have the independence to grow and be myself as well. Having experienced a bit of bullying previously I was concerned about this, but I can tell you there’s none of that here and I could not be happier. I know it’s hard finding the right school to move on to, but I think for me I’ve made the best choice ever and am really proud to be a Hallifordian.” – Edward, Year 10

“Halliford School was not a school in our local area, but one we kept on hearing positive things about, so we enrolled in an open morning. The atmosphere was warm and welcoming, and the teachers we met were enthusiastic about the students and their subjects. The two boys who showed us around the school were confident, funny and genuinely loved their school and were proud to show us around. We knew on the car journey home that Halliford was the right fit for our son and us as a family.”          – Mrs Gentle, Year 10 Parent