Charity Week 2019 stands out a being one of the most impressive the school has ever seen. This year students from every year of the school came together to give all they could to help those who may not be as lucky as them. This extraordinary show of compassion for others is central to the Halliford ethos. We may not be the largest school but we can prove that every one of us has the capacity for charity.

On Monday, Desborough House kicked off the week with the sweet tombola. Students from Desborough house, led by staff head of house, Mr. Harden-Chaters and student head of house, Adam Clarke, all came together to donate sweets for the tombola. 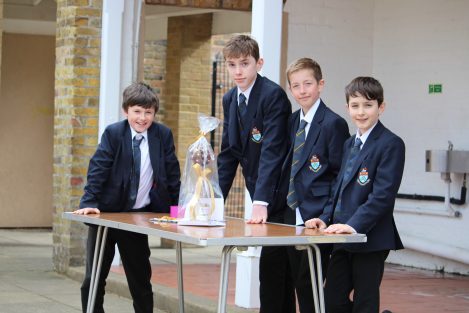 Tuesday brought Greville’s opportunity to raise money. Joe Graves, Head of House, organised a cinema experience for the rest of the school, charging for each ticket. A vote was held for which movie the students would all want to see, with the result being Madagascar 2 which was followed a close second by Shrek. 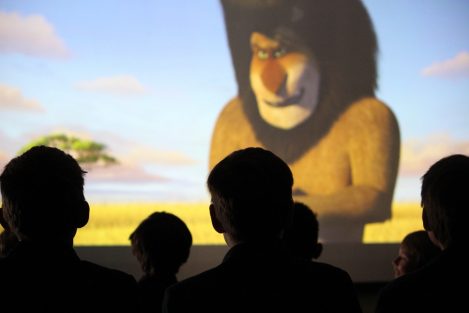 Russell House’s idea for Wednesday was thought up by House Captain Cam Gildersleve. Although throwing wet sponges at the teachers and prefects is not a new idea at Halliford, it certainly is a popular one with students as they get to have their sweet revenge on their teachers for giving them homework. Mr Shales and Mr Slocock gathered by far the greatest crowds waiting to see the sponges rain down on their heads. The event ended with the raffle for dumping a bucket of dirty water on his head which was won by an excited year 7. 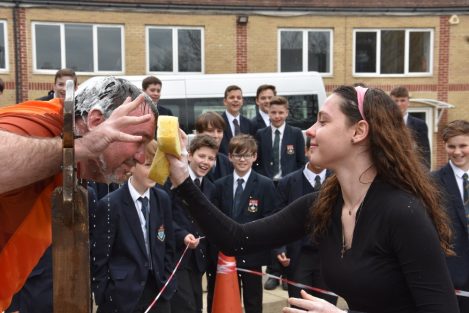 Wednesday was also the date of the Butler Auction (the Sixth Formers), with the most expensive butler being sold for £90. The butlers are owned by the students for the whole of Friday, their job entails driving to McDonalds, carrying school bags and buying milkshakes from the Sixth Form café.

Wadham house, led by Ms. Butler-Smith, organised donut sale at break time on Thursday, and a lunchtime vote for the teacher they wanted to get made-up.  The unlucky teacher with the most votes was Mr McElroy. The crowds of people gathered as Ms Butler-Smith put make-up on poor Mr McElroy’s face all in the spirit of charity. Ms. Butler-Smith’s charity day ended up raising the most money.

Friday brought around the last day of charity and a very successful mufti day. This would be the day that the butlers would have to make sure their masters would get their money’s worth with prefects making seemingly endless trips to the café for drinks and snacks for their masters. Those with cars would make trips to Mcdonalds and KFC, coming back with boxes full of food, welcomed by crowds of hungry students.

Thanks go to all of the students for their generosity and for taking part in the events that happened over the course of the week. Thanks also to the Heads of Houses and Prefects without whom it wouldn’t have been possible. Over £1,800 was generated for three charities in a demonstration of what the school is capable of when all students work together.