At Halliford we firmly believe in the educational benefits provided by competitive and recreational sport, supporting all our students to develop their individual talents and skills within a team environment. Where students demonstrate outstanding sporting talents we encourage and support them to fulfil their potential. Here are some of the latest updates from just a few of these students:

Brin Dorrell (Year 11) – Brin was elected Vice Captain of Woking Swimming Club in September. He is having a great season so far. Most recently he won the won gold in the 100m Freestyle (16 year olds) at the Surrey County Championships. He qualified for four events at the Swim England National Winter Short Course Championships which took place in December, achieving a number of PBs in 50m fly, 50m backstoke and 50m free as well as making the final of the Senior Mens Freestyle and narrowly missing out on the medals by 0.3 seconds.

Charlie Wale (Year 9) – Charlie competed at five events at the first weekend of the Surrey County swimming championships. He made the finals in two events, swimming a massive PB to achieve 5th in 100 breaststroke and 7th in 400 freestyle.

Will Madden (Year 9) – Will swam well at the Surrey County Championships. He achieved a Bronze Medal in the 800 Freestyle and placed 4th in the 100 and 200 Backstroke. He also managed to get personal best times in each of the 10 races he competed and gained a few more regional qualifications.

Harry Tuckman (Year 8) – Harry secured a top 20 finish in the Surrey Schools Cross Country Champs so has qualified to represent Surrey at the South East Counties competition in March.

Spencer (Year 10) – Spencer attended the London Region Awards for Triathlon in October where he was awarded 3rd place in his age category. In Biathlon, Spencer qualified for the national British Modern Biathlon Championships in November where he achieved a very respectable 7th position having placed 1st in the run. He is looking forward to competing at the British Schools Championships in March.  He has also been invited by Surrey to join the Intermediate Boys Squad for Cross Country, representing his county. 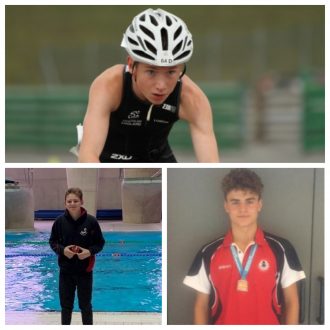 Griff Williams (Year 13) – Griff is Halliford’s First XV Captain and part of the London Irish U18 academy, he also played county rugby for the Middlesex CB at U15 and U16. More recently Griff has played for the extended Wales U18 squad camp in December having been selected from around 50 boys.

Sam Bullett (Year 12) – Sam has recently played for the Surrey U18’s. He also plays for Halliford’s 1XV and Weybridge Vandals RFC where he plays at fly half. 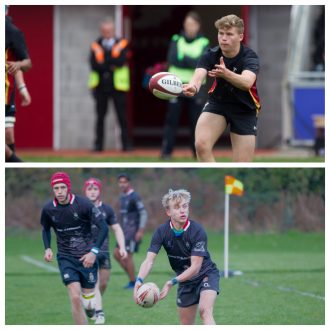 James Woodgate (Y12) – In the first weekend of December James became Junior National Indoor Champion amongst a really tough field.  He shot 590 (out of a total of 600) and took both the U18 category and the Overall Junior National Indoor Champion 2018. James has always enjoyed his archery – he started at age of 7 and has always performed well in his age group, several times placing in the top 3 at National Championships.  In the autumn he was invited to join the Archery GB National Age Group Academy for the 2018/19 year, a scheme which involves significant training commitments and additional contact time with the national coaching team.  James has already achieved scores to let him enter the selection process for the Great Britain Team for 2019 season as a cadet (U18) and is training hard with a view to represent Great Britain on the international stage this year.

Susanna Skarlosh (Year 12) – Suzi joined the Halliford Sixth Form this year. She currently represents Kent County along with Great Britain in international competitions. Mid way through last year she was selected to play for Kent in the 2019 County Championships which she has taken part in for the last three years and has successfully aided the team. Suzi represents GB at an exceptionally high level and played the 2018 Korean Open. She reached the doubles semi-finals with her partner.   In the upcoming year Suzi looks forward to competing in the British ITF’s where she will be taking on more expert players then herself, but will be gaining more knowledge and becoming more adapt in her game. 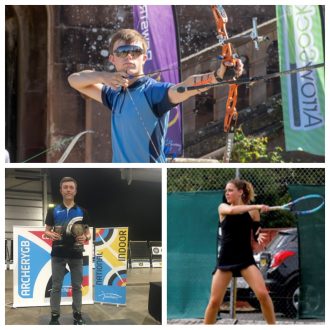 Christopher Cole (Year 10) – Following a trial with Scotland, Christopher has been invited to train with Scotland U15s during the Winter and will be attending Surrey’s Winter training sessions. He had a very successful 2018 cricket season. After a series of excellent bowling performance in Surrey’s Performance match programme he was selected to represent Surrey U14s in four cup and T20 matches. His adult league performances earned him a regular spot in his club’s second XI promotion winning side. Christopher also had a good season last summer with the bat scoring over 900 runs including 107 not out for his club and 75 not out for Halliford.

Hayden Barrett (Year 7) – Hayden joined Halliford this year in year 7 and has proved himself to be a talented all round sportsman. He was selected to take part in the South East England Aspire Basketball programme where he trains once a month with an Aspire England coach. He was selected to trial via his club Richmond Knights where he plays for the U12 and U14 teams. We wish him the best of luck with this as the season progresses. 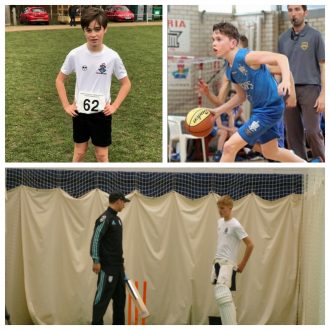